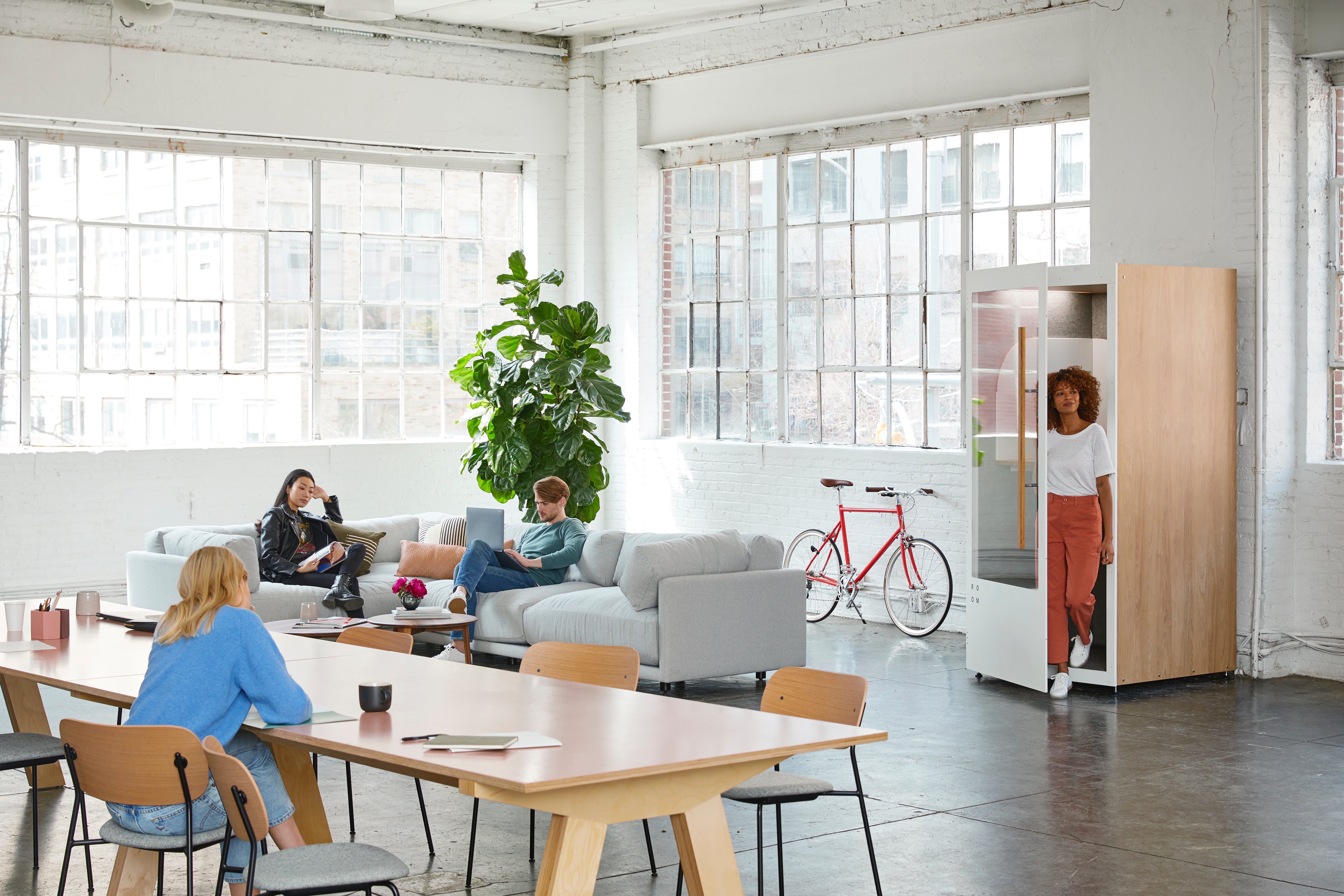 Today is Equal Pay Day for Black women. That means the average Black woman had to work all of last year, plus the past 7 months and 13 days, to earn what a White man earned last year.

Let that sink in.

The average Black woman needed to work more than 19 months to earn what a White man earned in only 12. That’s because the average Black woman earns 62 cents for every dollar a White man earns—up only one cent since last year. Black women are underrepresented in leadership positions and often segregated into low-paying roles, impacting their lifetime earning potential and contributing to the uncontrolled pay gap.

Even when data are controlled, Black women still only earn $0.97 for every dollar a White man with the same qualifications earns. Don’t be fooled by what may appear to be a small difference; that gap adds up to lower take-home pay for Black women and contributes to economic insecurity.

What are some things we can do to achieve equal pay?

Every organization has a responsibility to do their part to close the pay gap. This will require dedication and follow through in every aspect of your business, but it’s important to note that each change can lead to progress. Here are some ideas to get you started:

The first step toward pay equity is to be honest about where your company stands. See how Black women’s compensation compares to the company average, and to other groups. Drill down to see how this compares for people in the same job levels, departments, and roles.

Review your overall distribution to identify outliers. Make a plan to address below-band employees who should be brought in-band, and above-band employees who may be eligible for promotions. Investigate employees who are at top-of-band and bottom-of-band, and those with low or high Compa Ratios. These metrics may not necessarily indicate problematic patterns, but at a minimum you should investigate each outlier and decide on a case-by-case basis.

Rather than justifying discrepancies by seniority, experience, and education, consider the responsibilities and impact each employee has and whether their compensation reflects that. If not, make a plan for fair pay adjustments and communicate it with employees so they know what to expect.

The wage gap for Black women can be partially attributed to an opportunity gap and occupational segregation. Only four percent of C-level executives, five percent of Senior Vice Presidents, and seven percent of Vice Presidents are women of color. For every 100 entry-level men who are promoted to manager, just 58 Black women are promoted. And for every 100 men hired to manager, 64 Black women are hired. Black workers (including men) are underrepresented in Fortune 500 companies and high-salary industries, including technology, life sciences, and engineering.

Take a look at your leadership team to analyze representation at each level. What percentage of individual contributors, managers, directors, and executives are Black women? Are Black women getting stuck at a certain level?

If you see low representation of Black women in your leadership team, dig in to learn why. Is there a lack of internal mobility? Are Black women leaving your organization at a faster rate than the general population? Is your recruitment process disproportionately screening them out? When you identify potential issues at your organization, you can better address them.

For instance, effective mentoring and sponsorship can help Black women break through the “concrete wall” to achieve promotions. Voluntary interview training and management training can help you better identify strong internal and external talent from this underrepresented group. And investing in a more inclusive workplace can help you retain a diverse workforce.

Black women face many microaggressions in the workplace. Compared to other races and ethnicities, they are the most likely to have their judgment questioned in their area of expertise and be asked to prove their competence. They are often mistaken for someone at a much lower level, and they hear demeaning remarks about themselves or people like them. And when Black women are the only woman and the only person of their race on the team, 50 percent report feeling especially on guard and closely watched. A negative workplace experience can lead to high employee turnover, and a negative employer brand that repels candidates from underrepresented groups.

It can be helpful to conduct surveys and tap into employee resource groups to learn ways to improve your diversity and inclusion efforts. Take all feedback seriously, and don’t forget about intersectionality. The way a Black woman experiences the workplace is often very different from the way a White woman or a Black man experiences it. Tying demographic data to survey data can ensure that voices from underrepresented groups are heard, and that their feedback is addressed.

Too many companies rely on salary history when making job offers. Even if the goal is to ensure you’re offering a sizable increase, this practice will perpetuate—and often deepen—the pay gap. Imagine you’re hiring a White man and a Black woman with the same qualifications, for the same role. The man is currently earning 100,000 and the woman is earning $97,000, so you offer each of them 10 percent over their current salary. The $3000 gap is now a $3300 gap that may deepen with every compensation cycle. In fact, a study from Boston University School of Law found that Black women earned 14 percent more when they switched jobs in regions subject to salary history bans.

A formal compensation strategy with job grades and corresponding salary bands can help you make more fair, competitive, and consistent offers and raises.

A Black woman typically loses $946,120 over a 40-year career. She would need to work nearly 26 years longer than the white, non-Hispanic man retiring at age 60 to close the lifetime wage gap. You can help right this wrong at your own organization by committing to pay equity and doing the work to close wage gaps. In doing so, you show people their true value, and raise the bar for all organizations. 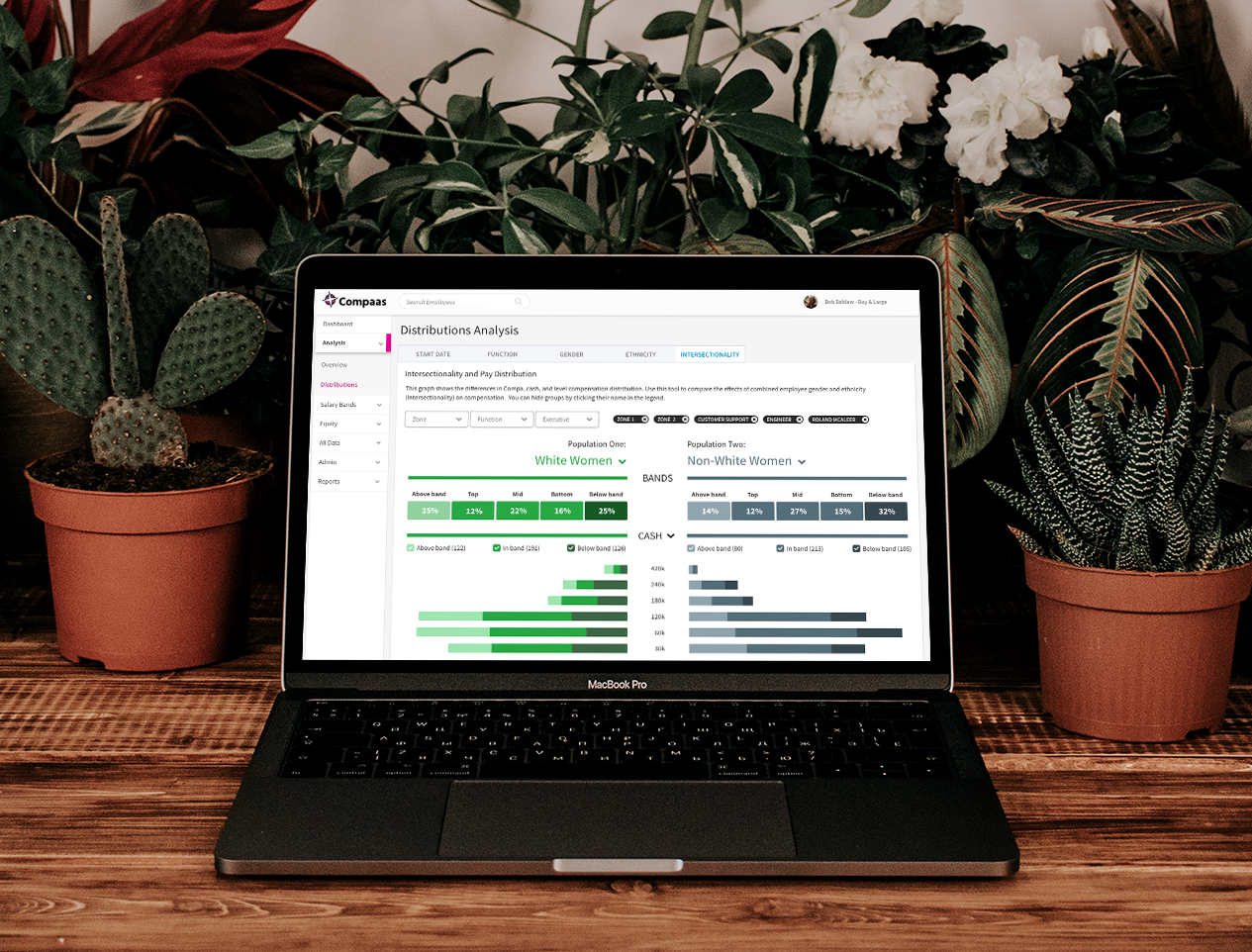 Ready to raise the bar?

Learn how Compaas can help you uncover pay inequities, so you can do your part to close the wage gap.

Handling Fair Pay Adjustments When You Need to Conserve Cash

3 Ways to Build Fair Pay Adjustments into your Raise Cycle

Compaas needs the contact information you provide to us to contact you about our products and services. You may unsubscribe from these communications at anytime. For information on how to unsubscribe, as well as our privacy practices and commitment to protecting your privacy, check out our Privacy Policy.
Copyright © 2020 Cathy Labs Inc. All Rights Reserved.